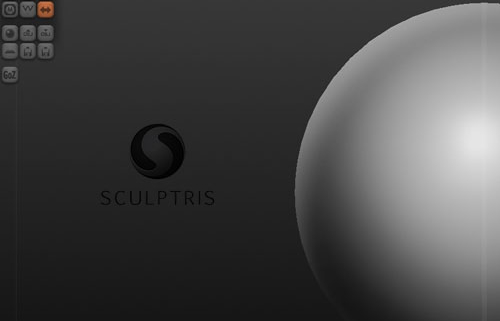 To print something on a 3D printer, the first one needs to draw a part, scan it or take it from the storage site of 3D models. In order to draw a 3D object, there are special programs.

They will help develop from scratch what is wanted.
As we well know, behind every successful 3D printer its experienced operator is. But what is 3D printing without tools and modeling software in the hands of a health worker?

Right, just a piece of iron. There are many software and programs for working with 3D printing, which can be used.

The choice of graphic editors for modeling is currently quite large. They provide a variety of functionality from primitive modeling, to creating complex scenes that are not inferior to the detail created in professional software.

However, for 3D printing, it is enough to have basic knowledge in modeling and choose a graphic editor that has basic functions but is convenient for quick and intuitive creation of a model.

And so, consider the popular programs available on the Internet for preparing models for 3D printing.

Polygonal modeling, modeling using the NURBS technique, Boolean operations, modeling using surface deformation tools – all this is convenient for creating inorganic or simple organic forms. Since in real life the objects around us rarely have an absolutely even surface and perfect symmetry, the artist must avoid the symmetry and “purity” of the three-dimensional model when modeling realistic objects.

The best way to achieve this is to make the model not with the help of parametric tools, but literally – with your hands. So the idea of ​​“virtual clay” arose from which any shape could be “fashioned”.

The boom in three-dimensional sculpture began precisely with the advent of ZBrush, although 3D enthusiasts with experience can remember a good prototype of this application, which was called Amorphium.

Now 3D artists can choose a tool for “three-dimensional modeling” as they wish – ZBrush, Mudbox, 3D-Coat, etc. However, a free program of this kind is a rarity.

Therefore, the recent appearance of the free Sculptris program has caused great interest among 3D artists.

Pixologic offers to start mastering digital 3D sculpting precisely with Sculptris, but they already offer ZBrush to 3D artists experienced in CG. Of course, in Sculptris’s one cannot fail to notice the influence of Pixologic’s ZBrush programmers, probably the most famous and powerful tool of 3D artists designed to create three-dimensional models with emphasis on digital sculpting (digital sculpting).

Of course, ZBrush provides 3D modelers with a lot more tools, both for sculpting and hard-surface modeling (unfortunately, unattainable for Sculptris). Sculptris is a virtual sculpting tool based on the concept of clay modeling.

This is a fantastic program designed to create figurines. For example, you can make a bust of your favorite character from a video game or comic book.

Sculptris is an easy-to-use digital sculpting software product that let’s sculpt your 3D models as if you were working with clay.

The settings window, which opens by clicking the Left Mouse Button (LMB) on the Options button located in the center of the screen, in the upper part of it, contains the minimum necessary to create your model and visualize it. An excellent addition is the support for sensitivity to pressing, in particular a digital pen, which cannot but please the owners of digital tablets.

Sculptris allows us to create a work of art from scratch from a regular sphere (or several spheres) and a plane (or several planes) or their combinations, and add details to the imported 3D model.

Like Blender, Sculptris is a digital sculpting tool that makes it ideal for 3D modeling of organic shapes and textures. In the “sculpting” mode, the user can edit the geometry of the 3D object as if it were made of soft clay, and then in the “coloring” mode, using various brushes, one can create realistic textures directly on the surface of the object.

Sculptris was designed to enable novice modelers to experiment, gain experience and 3D modeling skills. At the same time, for advanced users, Pixologic makes it possible to switch to the advanced professional product ZBrush, but for a fee.

3D printing is not difficult at all with Sculptris. Instead of shaping the model, working with polygons, edges and vertices, it is proposed to simply sculpt, as from plasticine.

The user is provided with numerous virtual brushes of different profiles. Using these simple tools, it is possible to make recesses in the original surfaces or, conversely, build them up, squeezing out. The force of influence on the object can be easily controlled. The radius of impact of the instrument, the stiffness of the brush and other necessary parameters are also adjusted.

By default, Sculptris uses asymmetrical modeling mode, which is convenient for creating faces of people or faces of animals. In this case, the conditional plane of symmetry passes through the center of the model, and all changes that the user makes on one side of the model are reflected symmetrically on the other. If asymmetric mode is preferable for the current project, it can be easily turned on.

Sculptris has no animation tools, and the possibilities of designing models come down to drawing in different colors on their surface. For texturing, drawings from graphic files can be used. In general, Sculptris, as a rule, should be used in conjunction with other applications for creating 3D graphics, since the program supports export to the popular OBJ format, which almost all editors work with.

Unfortunately, there is no reason to expect new opportunities from Sculptris in the future. The once-promising project was acquired a couple of years ago by Pixologic, which develops a similar commercial product ZBrush. Since then, the development of Sculptris has been frozen, so if you want more opportunities for modeling and coloring characters, you need to switch to a professional and rather expensive editor ZBrush.

However, its functionality justifies the means. In addition, projects created in Sculptris are also supported in the commercial program from Pixologic.

3D Model Me
Scroll to top