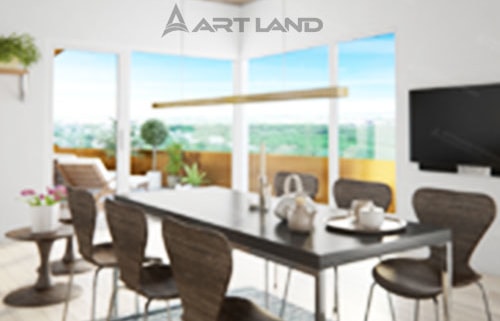 The world around a person is becoming richer and brighter with colors, more interesting and more perfect in forms, more amazing and more beautiful in general, because artists, architects, and masters of different areas of creative activity have new, unknown and inaccessible hitherto powerful tools for creating their works.

One of such tools is 3D animation technology, which allows talented people to realize the most incredible projects.

Since the opportunity to create absolutely accurate and realistic 3D models of architecture, interior and exterior design, landscape design and other areas of work and human creativity have gained new breath and unlimited scope for the implementation of ideas, sometimes so bold that they take your breath away.

It is very important to understand that 3D modeling of interiors and architectural objects is not only a visualization of a project but also an opportunity to detect and correct errors at a design stage; in addition, any development using 3D programs is implemented in a shorter time frame.

This means that using 3D technology, architecture can develop at a new pace and in new directions is almost painless for the budget of developers.

It became even more interesting with the advent of 3D animation, without which it is already difficult to imagine human life in the 21st century.

3D animation is more or less present in commercials, in presentations, in cinema and animation, in computer games, and even though we are all used to it, to this day some stories are simply amazing. Animation allows realizing any plot ideas and unusual ideas that a scriptwriter or artist has in his head.

Yogurt rivers, talking cats and burning water – this does not happen in nature, however, it can be drawn, and even more so it needs to be animated!

ArtLand Design studio offers services for the development of 3D graphics and animation:

The staff of the studio has all the necessary specialists, and its own render farm, powerful workstations and high-performance server equipment allowing to engage in creativity, not paying attention to technical limitations.

3D graphics and animation are indispensable components of the modern visual range. Whatever the project is – virtual reality or presentation, information video or game, infographics or architectural visualization, it will definitely have computer graphics and, almost certainly, animation. 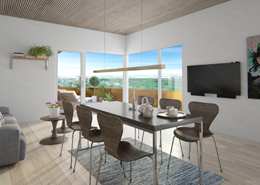 In fact, 3D graphics and animation are the foundation of today’s multimedia space. Without being able to make graphics and animations, it makes no sense to undertake the creation of interactive solutions or mobile applications, not to mention commercials and films – nothing good (and in any case beautiful and spectacular) will work.

Animated video (or presentation film) is the most modern and effective technique that can reflect all the nuances of your project to the maximum extent.

Its main advantages are:

With the advent of 3D animation, the boundaries of the possible have significantly moved apart, opening up scope for a creative approach. To reflect individual components (arrows, text, etc.), animation 2D graphics are sometimes used, which protects the viewer’s perception from overload. Certain points can be emphasized using classical photo and video techniques, including live video of the area, which then reports or interviews. A well-thought-out combination of technologies allows us to consistently reveal the essence of your project, reflect the benefits and convince you of the reality of its implementation.

Presentation and its types

An interactive presentation is an opportunity to present a project, for example, an architectural one, in all its versatility. Through visual techniques, the most complex technological solution can be conveyed in a concise and substantive way. The viewer, even the most biased and critical, visually and positively sees the idea behind the documentation, multi-page drawings, and special terminology. Depending on the task, among the most popular varieties of 3D videos, an architectural film and an interactive presentation can be distinguished.

As an effective way to fully and fully present your company, to show internal processes in dynamics that attracts the viewer, a presentation video is increasingly being used.

Such a film can be shown: