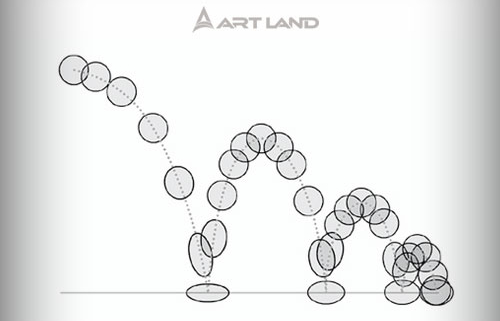 If you have a need to make a video for your business or project, do not rush to give a lot of money. Try to make the project inexpensive but effective.

But what if you do not have money to invite a star who will advertise your product? You can make an inexpensive commercial for you without inviting actors, filming in the studio or using expensive equipment.

All videos that are created using computer graphics are inexpensive but attract customers no less effectively. You yourself can determine the size of the budget that you want to spend on your commercial or just create your 3D Product Animation yourself.

Using animation allows you to animate 3D documents by putting in them some actions that can be played at any time. Animation helps to visualize changes in perspective, changes in document parameters, geographic movements and changes in time.

You can create an animation that demonstrates the mutual influence of satellites as they move in orbit. In addition, you can simulate the rotation of the Earth while changing its illumination.

You can create an animation using an Animation toolbar. For instance, ArcGIS allows you to create different types of animation in ArcMap, ArcScene, and ArcGlobe, for example, to demonstrate data processing, to navigate from different perspectives, or to identify patterns in time. There are also many other tools for the creation of 3D Product animation programs.

An animation consists of one or more tracks. Tracks control the dynamic changes in an object’s properties, such as the background color of a document, the visibility of a layer, or the position of a camera.

Tracks consist of a set of keyframes. The keyframe is a “snapshot” of the properties of a particular object at a given point in time. The object can be a scene, a globe, a layer or a camera.

For example, you can create a track with a scene object or a globe that animates keyframes of a scene or globe to display a change in background color from white to black.

Animation tracks are stored in the current document. They can also be saved in a separate file that can be used in various documents.

Animations can also be exported to Audio Video Interleave (.avi) or QuickTime (.mov) file formats that can be played on various video players. Animations can make 3D documents more spectacular. Animations can be used to automate processes that can reveal details that appear only in scenes that change over time.

This movement prepares the viewer for the main action that the character is about to perform. For example, start running, jumping or making a throw. To jump up, you first crouch down – this is preparation or abandonment. The comic effect can be achieved without using preparatory or refusal movements after using them several times.

The poses and actions, the placement of cameras, the background and the elements of the scene should clearly convey to the viewer the character, mood, reaction, character’s attitude to history and the continuity of the storyline. Effective use of large, medium and general plans of shooting, as well as the angle of the camera, help in telling the story. The length of the film is limited, so every sequence, every scene, every frame of the film must be related to the overall story. Do not confuse the viewer by too many simultaneous actions, use one clear action at one time to clearly convey the idea.

Straight ahead action and pose to pose

If we look at a running squirrel, we notice that its tail performs wave movements. When walking, for example, the movement begins from the hips, and only then it extends to the ankles – this is the through movement. This hierarchy allows you to link all the movements of the character in a separate chain and rigidly describe the rules by which he moves.

Slow In & Slow Out

Movement accelerates and slows down. This principle is directly related to the 4th principle: developing the expressive poses, the artist puts all his skill, therefore, these moments should be emphasized. To do this, assistants finish drawing movements so that most frames are next to the key postures.

Living organisms always move along arcuate paths – it is only a drunken snake that crawls strictly in a straight line.

These actions are used to emphasize expressiveness and emotionality, and therefore are extremely common.

This technique allows you to give weight and mood to the character. The weight of the character is made up of such factors as movement speed and inertia. So the depressed character moves very sluggishly, and the inspired one moves energetically enough.

“Caricature realism” is exactly what was said above. Essential realism in animation does not work, but the hypertrophiedness of all elements is very much the same.

The poses of your characters should be clear and expressive, the silhouette should be easy to read. Adhere to understandable forms, follow the center of gravity, the weight should be properly distributed. Poses should clearly show the thoughts, intentions, condition, desires, and feelings of the character.

If the character is boring to watch, then the whole movie will be boring.

How to create 3D Product Animation?