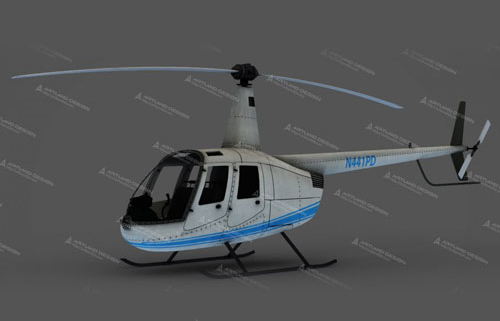 3D technologies do not stand still, and if 3D films have long been included in our lives, then 3D print your model will become a mass phenomenon literally tomorrow. And today 3D printing service has already become popular and affordable! Printing a 3D model on a 3D printer has become an indispensable component of the modern production process.

A 3D product is formed by the method of layer-by-layer “building-up” of a monolithic object or by creating individual parts of a precast object. A three-dimensional model of a future product can be obtained using a 3D scanner or by creating its 3D form with a designer.

The technology of layer-by-layer printing of volumetric objects was invented back in the late 80s of the last century, but, being imperfect, was considered a promising technology for the distant future.

Thanks to the active development of high technologies in the new millennium, 3D printers are so tightly embedded in all areas of life that they have become available for use even at home! Already, craftsmen are assembling 3D printers with their own hands, from “improvised” materials or special sets of parts equipped with shops selling 3D printers.

But, without special engineering skills, one can risk-taking only the assembly of simple printer models – for printing elementary objects. A professional 3D printer has many more features and better print quality, and therefore allows you to quickly and accurately print any 3D object you need!

Making 3D printer models is for creating a real object of unique shape with the most accurate dimensions. 3D printing prototype companies in the market of branding, graphic design and production of prototypes of various products, are ready to provide customers with 3D printing services of any complexity, using the most modern technologies.

In addition to high profitability, silicone molds ensure good quality of the cast product, because thanks to the simplicity of processing, elasticity, and strength of silicone, high accuracy of detailing of the object and the convenience of extracting it from the obtained mold are achieved.

Small batch production using silicone molds is especially beneficial! We will not only create a 3D model of your product but will also provide services for its production in the future!

– Printing method (the most common method is layer-by-layer “building-up” of a monolithic object, but there is also laser and powder baking of raw materials for printing);

Here are the manufacturers of 3D printers – market leaders:

The popularity of 3D printers is constantly growing, and therefore, their prices are gradually decreasing. But, professional 3D printers are still quite expensive devices, the high technology of which requires special knowledge and skills!

Returning to the questions of what 3D printers are and what are the applications of 3D printing. It must be said that today 3D printers are so deeply embedded in our lives that they are used both for creating plastic chess pieces at home and in Hollywood. For example, to prototype full-fledged car models of the distant or near future, or even today’s models – in order to save film budget funds. What else can be printed on a 3D printer?

3D printing is used in the following areas:

Medicine. Scientists create individual cells of the human body using 3D printers and test new drugs on them. In addition, cases of printing on the 3D printer of the jaw, other types of anatomical prostheses, as well as joints, artificial kidneys, liver, trachea, skin cells, blood vessels and even nervous tissue (!) Are known;

Cinema (objects printed for the film industry sometimes look much more realistic than computer graphics and are cheaper than real scenery (cars, interior elements, copies of antique or futuristic furniture and jewelry, etc.);

Architecture. Already today architects are ready to build fantastic buildings from sand and a special connecting element using a 3D printer, not only on the earth but also on other planets of our solar system;

Advertising and marketing. It is impossible to imagine this sphere without 3D printing. Real product prototypes are created quickly and are inexpensive. Previously, such work was carried out manually, which took much more time, now, thanks to the transfer of design to electronic form, the process of creating a product from scratch are less expensive.

Thanks to 3D printing, specialists in this field can most effectively research the market, armed with ready-made prototype products. An important point is a fact that designers at the development stage can evaluate the functionality and appearance of the product, which means that they can quickly make the necessary corrections to the design concept.

3D printing technologies come in handy when you need:

Prototyping the form of a new product, which must be visually presented and approved by the Customer (for example, it can be an original iPhone case, as well as a prototype of a building, packaging or vehicle);
Creating mechanism parts: in this case, 3D printing will help replace lost or broken parts – in order to avoid high costs for the purchase of a new product or a set of parts. It can be either a part of a broken toy or a car’s alloy wheel cover lost on the road.

Thus, using a 3D printer, we can scan and print for you a part of any complexity;
3D printing a prototype to create silicone molds (or molds from other materials) that will be used to cast a small batch of identical products (small-scale production).