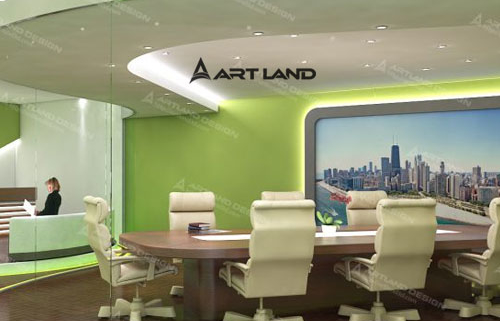 Although the visualization of an architectural object clearly demonstrates its features in itself, sometimes in order to produce a maximum impression, this is not enough. In this case, it is worth reviving the layout, taking advantage of the possibilities of architectural animation.

To create a video involving three-dimensional characters and figures, it is necessary to use specialized methods that are significantly different from the traditional ones used in animation. There are different ways to implement this idea.

In general, to designate the animation of volumetric models, it is customary to use the interpretation “automation of object movements”. In other words, we have the initial position of a certain figure, mechanism or character, which sequentially moves to the final point. Three ways of animation can be distinguished:

The object moves without self-transformation. The most striking example is a ball or ball flying along a trajectory from point A to point B: it changes its position in the coordinate system and can rotate, which is also included in this method, but its shape remains unchanged.

Change of shape. Take any pulsating object, such as a heart. It may not change its spatial coordinates, but ripple implies dynamic deformation.

Skeletal animation. As the name implies, this type of animation is relevant in order to show the movement of characters with a skeleton. It is considered the most difficult in the ways of animation, but you can not do without it if you want to create a video with the participation of people, animals or other creatures.

Since video can involve a wide variety of objects, 3D animation usually combines several methods. The more complex the animation, the more individual steps you need to perform in order to get a high-quality video.

Stages of creation of animation with 3d models

If you have a ready-made 3D model, you can create on its basis a video using modern computer programs. For different tasks, different sets of methods are used, however, in general, the process includes the following steps:

Rigging – imagine that we are working with a model of a living creature, which means that it has its own skeleton and the specifics of movements. In order for all actions to be realistic, a “skeleton” of bones and controllers responsible for managing these bones is added to this model. The more complex the character’s proposed movements, the more controllers may be required. 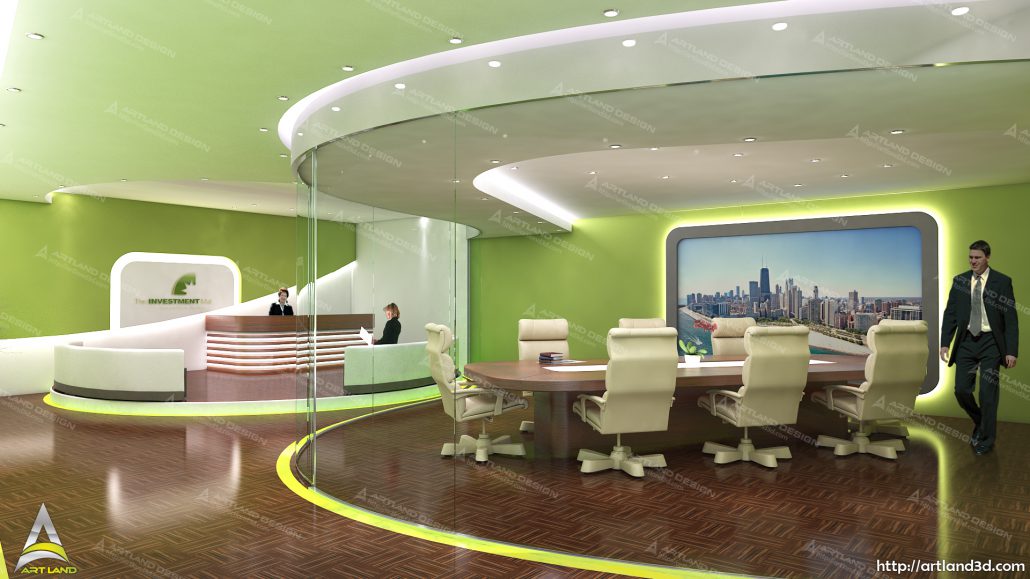 Animation – There are several methods for animating characters, but the easiest way is to use the keyframe method. Its essence is simple: the character is placed at the starting point, then transferred to the endpoint with the necessary changes in position, and all the intermediate frames, in addition to the keyframes, on which the animator works, are processed by the program. However, there are other animation methods that are used depending on the task.

Rendering (scene visualization) – there are two types of rendering, one of which occurs in real-time and is most often used for games. In the film industry, another type of rendering is used, for which quality is the main criterion, which means that visualization is carried out not in real-time, but in advance.

This is a very resource-intensive process.

Mixing is the final stage at which all parts of the video are combined into a single whole, correction of flaws is carried out, and other final touches are carried out.

Attention to each element ensures the high quality of the final product. Obviously, the capabilities of modern 3D animation make it possible to offer the end consumer a wide variety of products – from short clips to full-fledged films or computer games to many game hours. 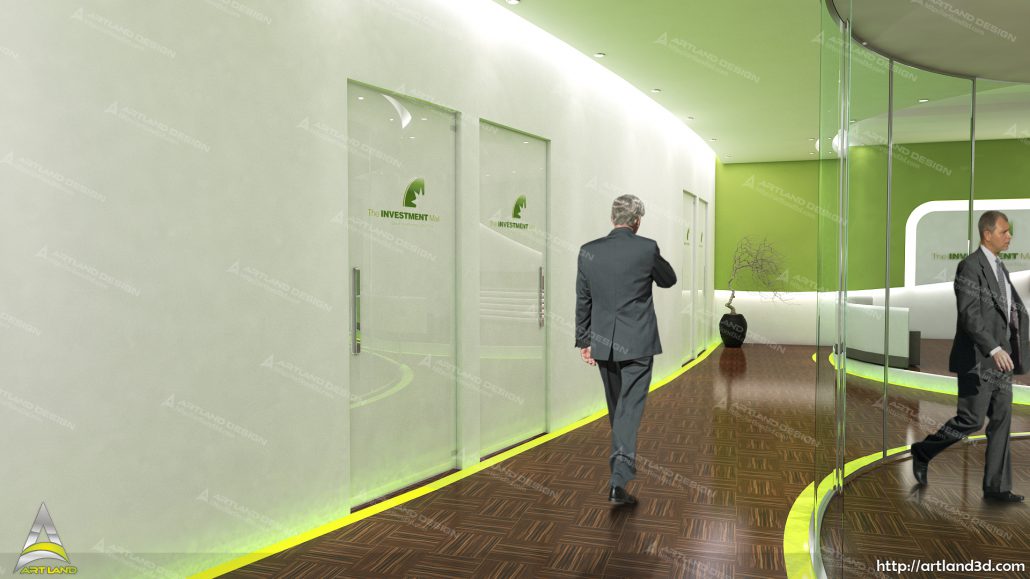 You can try to create elementary videos yourself, but professional work is a completely different level. An animated video is a perfect way to showcase an architectural project.

A demonstration of any architectural project may include various angles from which the object is displayed. Long-range renderings are considered the most realistic, but sometimes it’s enough to use planar images.
Plane images in visualization are much simpler than a full three-dimensional model of a building. Such a solution is relevant for low-budget projects that do not require the creation of a photorealistic 3D model of any object.

However, here you can also imagine the structure from different sides – just take a few angles, for example, not only the facade of the building, but also its end. When developing a flat image, the same programs and working methods are used for three-dimensional models.

The work process itself is somewhat simpler, so creating a two-dimensional projection of the same building facade is much faster than three-dimensional. But this does not negate the fact that the planar image should correspond to the project: all dimensions, proportions and configuration, used finishing materials and other characteristics are taken into account. 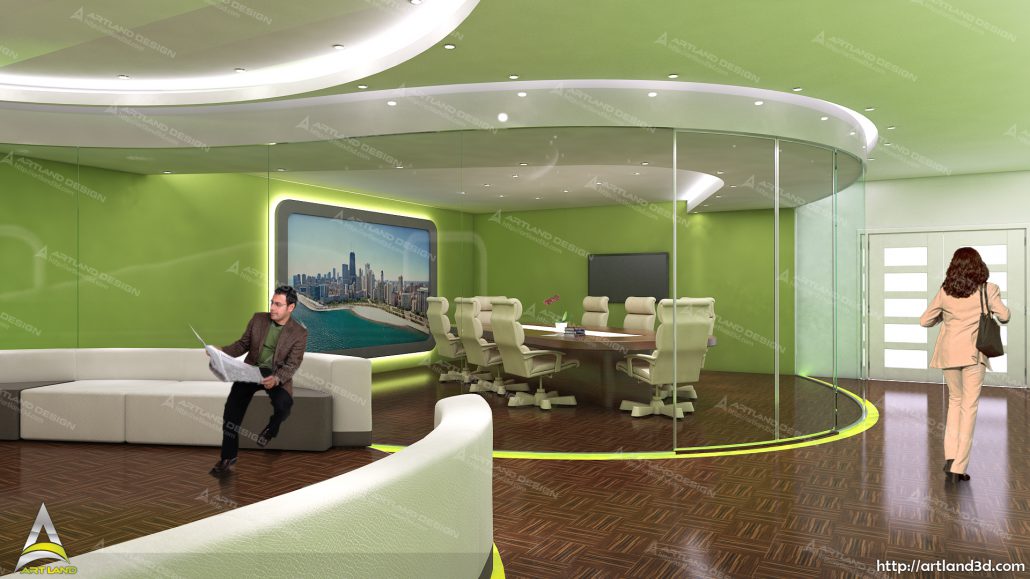 Long-range renderings are more complex in execution, however, they allow you to visualize the object not in parts, but in general. The very concept of perspective implies an image corresponding to how we see an architectural unit in reality, with all the changes that are observed depending on the angle.
Work on the creation of a long-range render of an architectural object includes the same steps as for a two-dimensional image:

As a result, we get a long-range render, which is shown to us from a certain perspective as a three-dimensional model. In this way, you can create existing objects and those that are just being designed. Three-dimensional visualization and creation of promising renderings are also practiced to recreate historical objects.

Architectural animation can provide many more opportunities – for example, invite viewers to participate in a real virtual tour. To do this, the trajectories of the cameras are set in the video, which allows viewers to choose the viewing angle of a residential complex, building or building themselves.

For example, participants in an interactive trip to a projected business center can be given the opportunity to look into any room, look out of a window or open doors – and this invariably finds a good emotional response from the audience. If you want to make a really strong impression and create advertising material for an object of architecture, we recommend that you turn to the possibilities that modern architectural animation provides.