Blog
You are here: Home / Blog / 3D Software / After Effects for 2D Animation and compositing 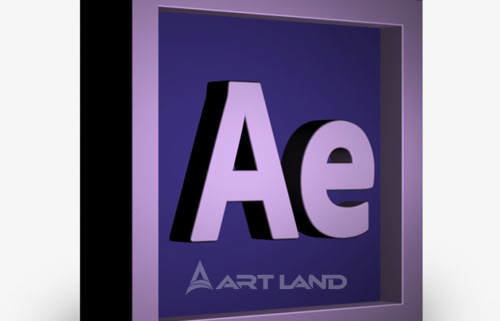 After Effects for 2D animation is a very capacious term. In principle, flashing banners on a web page, an animated presentation, a simple Flash cartoon, and a complex full-length animated film – all these works, if they use two-dimensional graphics, can be attributed to flat animation.

All of these types of animations can be created using a computer. At the same time, it is obvious that there are specific tools for performing such different tasks.

Despite the fact that products for creating three-dimensional animation have existed on the market for a long time, it cannot be said that flat animation is “past”.

Of course, creating characters is the most difficult kind of animation, but here it all depends on the specific task.

In the latter case, a whole team of artists or even several studios will work on it.

Therefore, the software for the animation studio should provide not only tools that simplify the creation of animations using computer methods, but also tools for automating teamwork with a large number of materials, that is, perform in-line scanning;

provide storage and convenient viewing of graphic databases in which images, backgrounds, and animated models are stored;

provide support for multiple layers of image and sound; control cameras, scenes, etc. Typically, such products have a modular structure and are delivered directly to large studios, without going on sale. Such software is quite expensive.

Meanwhile, there are products targeted at small studios and by individual animators. It was computers that allowed working on animation not only for studios but also for single professionals and even amateurs.

From a number of a great variety of modern programs for computer animation, we want to single out the one in which the specialists of ArtLand studio create their explainer videos – After Effects.

After Effects is software from the famous Adobe company for editing footage, creating motion graphics, animations, and various special effects.

The program is widely used in television and the film industry, as well as in the creation of three-dimensional typography and graphic design.

The program has a huge number of opportunities for working with video, creating effects, animating interfaces, presenting web projects and, of course, animation for the sake of animation.

In our world, the increasing consumption of vivid video content and animated advertising AE will allow you to maximally present the creative idea to the developer or customer, eliminate the possibility of misunderstanding, which almost always occurs when describing animation with text.

For content design, AE will help to bring to life more attractive content for users, because an animated video can convey the main idea much faster and more efficiently.

The reason so many people do not have a clear position about what After Effects does is that it does a lot of things and does them well.

Despite its high functionality, After Effects is actually very simple in structure. After Effects, like all video editing applications in the world, uses a layering system.

The best way to think about this is to imagine a stack of paper. The paper below will not display due to the paper above it. This, of course, if you work in a 2D composition.

With After Effects tools, it is possible to:

The work of our designers at AE is used in:

Why our specialists use Adobe After Effects?

Effects library What truly sets After Effects apart from all other video applications is its extensive effects library. There are literally hundreds of built-in effects that you can combine to create an unlimited number of all kinds of combinations. It may sound too good to be true, but in After Effects – it is possible to do whatsoever one can dream about.

Modeling effects 18 imitation effects are built into Adobe After Effects. These simulation effects can be used to create anything from rain to hair. All of these effects are fully customizable. When you combine them with other effects, you can significantly expand their functionality.

The stylized effects found in After Effects are useful for creating video layers that would otherwise be impossible. These drag-and-drop effects can be easily manipulated to create a stunning look and feel. Notable effects in this category include the CC Glass effect and the pasteurization effect.

other categories of effects

All other categories of effects – in addition to those mentioned above, there are dozens of other categories that all do something else. For example, there is a whole category of effects devoted to different types of blur. There is also a color correction category with effects that can generate any kind that you want to convey. There is also the category “Perspective”, which includes the effect of the 3D camera tracker, which makes it easy to track the video.

Caption design. With such unique design features, After Effects is a great program for creating the perfect caption for your video project. The label tool built into After Effects works the same as most word processors. However, the thing that really makes the application possible for heading design is the animation part, which allows to automatically animate characters, words, or lines, depending on what you need.

Get a free quote for after effect project