Where it is more visible and obvious, somewhere we do not suspect that this is computer graphics. A simple example: take a closer look at a beer advertisement on the subway. Nothing alarming?

Where it is more visible and obvious, somewhere we do not suspect that this is computer graphics. A simple example: take a closer look at a beer advertisement on the subway. Nothing alarming?

Or when watching a movie, you can always tell where the real person is made up under the monster, and where the monsters are completely and completely three-dimensional.

And do not forget, most often – a motion picture is a mixture of live shooting and computer graphics. But more about that in other articles. Let’s talk about what allows a 3D image to be three-dimensional.

A three-dimensional image differs from a flat one in the construction of a geometric projection of 3D models in a scene on a computer screen using special programs.

At the same time, in 3D one can create anything, any something: it can be a photorealistic house, for example, which no one will distinguish, or maybe a flying ship that no one has ever seen.

Moreover, it will be inscribed in the scene so that you believe: it happened, they came to us!

The technique of three-dimensional animation is similar to that of volume animation and real-life shooting. Indeed, the principle consists in digitally sculpting (we say “modeling”) decorations, characters and objects using suitable software, then animating them in the virtual world created to tell a story.

The technique was initiated in the 1990s by Pixar studios (Toy Story is the first feature film entirely produced in computer graphics). Since then, there have been other production companies specializing in the creation of animated films in computer graphics: Dreamworks (Shrek), Blue Sky (Ice Age)…

Basically, there are three ways to animate 3D objects. The first and simplest is the movement and rotation of the whole object, without changing its shape. The second is dynamic deformations (a beating heart is an ideal example). The third, most complex, and usually used for character animation, is skeletal animation.

Animation of key frames in 3D in its principle is very similar to the work of traditional animators, when the main artist draws the key poses of the character, and his subordinate artists, posers fill in the intermediate frames, drawing the appropriate transformation of the figure. The difference is that the role of the poser is already performed by the computer (or rather, the corresponding algorithms in the editor program).

It is enough for the animator to fix several key positions of the figure, interpolation will be carried out automatically. 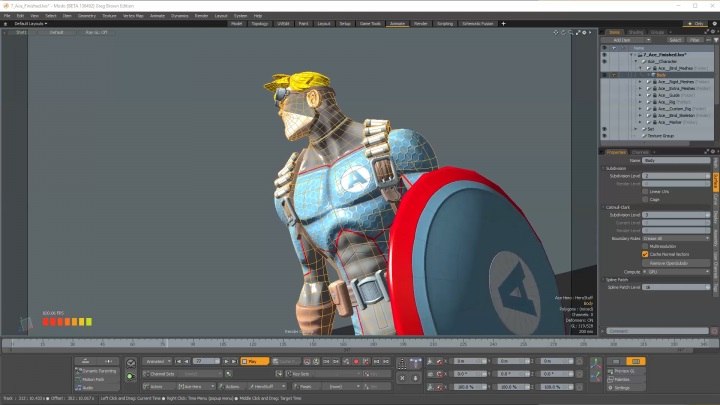 Accordingly, the process is as follows: the first keyframe (A) is selected, the initial position of the object is fixed in it; then the next key frame (B) is selected, the object (move, rotate, resize) is transformed, fixed. The program further calculates the intermediate process – the trajectory of movement and rotation between frames A to B, as well as changes in size (but not shape!), Displaying these changes in the form of motion curves. Four key frames, there are in general 260 of them in the video.

Motion curves are, in fact, a representation of the movement or transformation of an object in the form of graphs for each of its XYZ coordinates.

To better understand the essence of this animation process, you have to remember the school course of mathematics.

On the other hand, such curves and their editing, as a rule, are extremely visual, and when you understand the interdependencies, special problems no longer arise.

Curves of movement (Loc), rotation (Rot) and resizing (Scale), are presented on the same graph. This is all that our figure is undergoing.

Curves are very convenient to use for precise control over each parameter; their management in modern packages is implemented quite clearly, so that there is a minimum of confusion. But without constant consideration of all sorts of parameters, high-quality 3D animation can not be done.

In some packages – Blender, for example – the functionality of key frames and curves are combined into one.

In other packages, in addition to the curves, there is also a temporary table, where all parameters changed during animation are presented as events on the timeline.

Well, and finally, the trajectories are, in fact, they are: the path of moving the object (with direction) is set separately, its speed and possible changes in the orientation of the object in space are determined, which is usually regulated by the same aforementioned curves.

The described methods and ways of animation are usually used in combinations, especially when it comes to more or less complex 3D product animation video.

To give a more complete picture of the movement and timing of complex sequences of animated frames and scenes saturated with visual effects, the pre-visualization department, located inside the visual effects studio, creates simplified sketches called “animatics” soon after completing the storyboard process.

Animatics help the director plan the production of the aforementioned consecutive series of frames, and, in addition, the integration of visual effects in the final frames.

Now that the higher authorities have approved the storyboard, the project is entering the production phase.

This is where the actual work on the film begins, based on the plan established during the pre-production. One of the most significant parts at this stage is the creation of layouts, modeling, texturing, lighting, rigging and animation.

3D cinemas, 3D printers, 3D monitors, 3D television have already been created. But we still have to work and work on these developments until each person in his picture can see the 3D image in volume. 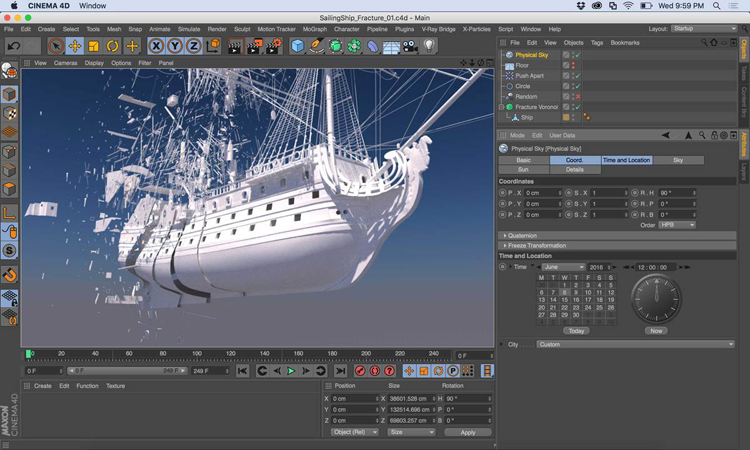 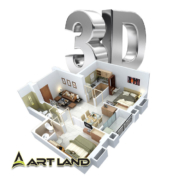