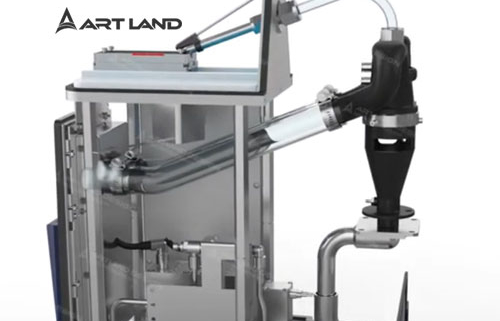 A few years ago, virtual reality was discussed in the future tense, since the high cost of the technology did not allow to use its capabilities to the full.

Although the first device capable of creating completely virtual reality appeared back in the 60s of the last century, the technology was able to really make itself known only recently with the advent of helmets for gamers.

What is a virtual reality today after 20 years? Visual presentations, interactive tours, and walkthroughs, virtual selection of assortment. This applies to the automotive market, real estate market, clothing, furniture and much more.

Be absolutely sure that in the near future it will become an integral part of our life, as today mobile phones, tablets, flash drives are. We should believe that all this may be built into ordinary sunglasses.

And, walking along the street, we will read restaurants in real-time, study the menu and communicate with virtual waiters, for example. And commercials will be shown to us in volume directly from the storefront.

3D rendering walkthrough has made a techno breakthrough in architectural visualization, allowing realistically display objects that exist so far “on paper”. Obviously, no other technology today allows projects to be demonstrated at the stage of ideas as attractively as 3D walkthrough does.

Architectural visualization using virtual reality is not only clearer and more understandable than static images or a 3D model, but also more effective since virtual reality allows a person to not only look at an object, but also interact with it.

For example, to move around the territory of a virtual country house, to examine and clean up the details, change the decoration materials and even look through the wall and see the laid communications.

Using virtual reality, you can literally “try on” various finishes. Thanks to the presence effect that arises in a 3D architectural walkthrough environment, the technology allows you to really see and evaluate all the properties of an object: color, shape, aspect ratio, texture and so on. But the possibilities of 3D walkthrough rendering in VR format are not limited to this.

Thanks to the virtual model, even before construction, design errors are detected, which allows correcting the situation and significantly save.

In addition to presenting ideas, 3D architectural walkthrough visualization technology is used to create realistic copies of existing architectural objects (museums, historical buildings, etc.) and demonstrate them with the possibility of interaction.

The interactive world of architectural objects is available using special software in VR glasses and other devices designed for immersion in virtual reality.

One of the important aspects of the development of information technologies today can be considered the concept of “virtual reality”, the development prospects of which allow us to predict the increasing penetration of these technologies into real life and, in particular, in architectural parametric design, virtual prototyping and real computer manufacturing.

The symbiosis of the architect’s creative intention and the possibilities of digital technologies allows us to take a fresh look not only at the redistribution of roles between architects and manufacturers but also requires a rethinking of the role of form in architecture.

Usually, the more the client is involved in the design and construction of his order, the more satisfied he remains at the end. However, there are many cases where clients tend to change their point of view from time to time or are not sure about certain aspects of the project.

In this case, providing the client with the opportunity to use virtual reality in construction can significantly reduce the number of misunderstandings between him and the company.

Instead of going into complicated explanations of what should have been in the place of this window or which particular shade of gray should have been used, the client can always use VR technology to visualize his ideas and corrections.

The virtual reality of real estate is an option to avoid a lot of unpleasant working moments in the process of cooperation with clients.

Another no less important task, which is solved with the help of virtual reality in architecture, is time-saving.

Firstly, the creation of the project takes much less time. Secondly, as mentioned earlier, the process of making changes to the project is also significantly accelerated.

And in general, the number of days between the day when the 3D walkthrough animation company welcomes a new client and the day when at the very end it pays for all the work done will be significantly reduced if virtual reality is used for architecture and construction.

Obviously, less time spent on the project does not mean a deterioration in its quality, but on the contrary, the client will receive a more realistic visualization of his order in a shorter time.

Thus, 3D walkthrough rendering in architecture today defines the future market. After a few years, no architectural or construction company can do without using virtual reality for real estate.

The benefits of VR in architecture are hard to overestimate. This innovative technology is able to bring convenience to the visualization of the project for both performers and customers, and make their cooperation more efficient and faster.

The possibilities of virtual reality also allow architects, developers, and designers to make the necessary changes to the project, spending a minimum of effort and time. In addition, it provides an effective presentation of the work, increasing the chances of the company to appear and retain regular customers.

Finally, the use of virtual reality in architecture gives the company a competitive advantage, which is one of the central issues of every successful enterprise.

Now let’s stop for a few seconds and imagine what our world will be like in 10 years. It is very unlikely that people will abandon scientific and technological progress for the sake of life in complete solitude with nature.

On the contrary, it is highly likely that technology and innovation will be much more important than it is now. That is why it is necessary to decide whether we want to constantly catch up with those who are not afraid to try something new or is our choice to keep up with the times and be at the forefront?