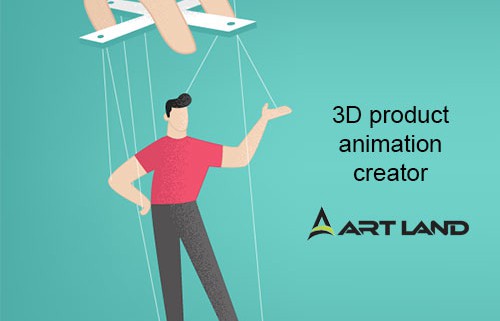 The opportunity to get a more entertaining and interesting video product is 3D product animation that will be actively used in creating commercials for advertising, in the video and film industry.

In their work, artists use software products Adobe Flash, Adobe Photoshop, 3D Studio MAX, and many others which allow performing the most seemingly impossible tasks. Animation effects make the movie more dynamic, easier to read and more natural.

3D animation creation of the movie occurs in stages:

Today, the creation of 3D animation is quite a popular multimedia product, which is also cost-effective. In place of expensive equipment the computer programs came. The appearance of special effects canceled the selection of scenery and actors.

As a result, the format and quality of the resulting video correspond to the conditions of viewing and broadcasting. 3D animation can be adapted to show on TV channels, distribute on DVD-media, show at exhibitions, view on media devices.

Features of 3D animation allow you to impose on the video pop-up text or a running line. Effects unobtrusively introduce additional information about the customer, his company or services. 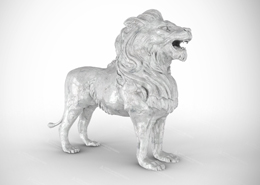 The 3D animator is relatively a new profession, which arose simultaneously with the advent of computer programs that process three-dimensional graphics.

The art of a 3D animator is to breathe the soul into the character and create a living, animated world around.

3D-animator is a professional in the field of three-dimensional graphics, who set up computer characters for game animation, provides movement of drawn models and objects.

The profession is suitable for those who are interested in drawing and computer science. While traditional animation does require you to be a good artist, computer animation does not really. 3D animation is more like designing, not like drawing.

3D animation technologies have a lot in common with the stop motion, because they correspond to the personnel approach. But, in 3D, the implementation of tasks is more manageable, since it is in the digital field.

Instead of drawing a character or creating it from clay in a 3D animation, an object is created numerically. Later it’s equipped with a “skeleton”, which allows you to move the model.

An animation is created by building models on certain keyframes, and then the computer calculates and performs an interpolation between these frames to create motion.

A 3D animator is one of the key figures in creating animated films or games, but not the only one. A whole team of professionals works in films. At one of the stages of creating a film, 3D animator makes three-dimensional objects move in space and time, creating a certain character and his mood with the help of dynamics and poses.

In addition to owning special programs, a true professional should understand psychology and human anatomy, know the basics of acting, have a sense of time (for the correct placement of the keys of the animation).

All this helps to understand the processes of creating real images and eliminate errors in movements: for quite some time novice animators cannot cope with the “floating” movement of characters.

Creation of a believable and interesting animation requires a lot of practice and skills.