As everyone knows before the school days, geometry is 2D figures, and trigonometry is 3D. 3D graphics was the result of the development of computer graphics in general.

When computers learned to reproduce 2D images at a fairly high level, designers wanted to turn from artists into sculptors or builders, but it was imperative to get a 3D digital image on a computer that could be viewed from all sides.

Today, 3D is called the entire set of techniques and tools (both software and hardware), designed to ensure the spatio-temporal continuity of the resulting images.
The development of 3D computer technologies has rebounded to creation of many 3D animation video companies. Such companies render services like:

The work of specialists in 3D animation video companies is very interesting. Every specialist in the production of animated video is responsible for some exact process.

The production process of a typical short cartoon or feature film in 3D animation video company can be divided into three stages: pre-production (preparation for filming), production (filming) and post-production (post-production editing period). In this article, we will discuss in detail all of these three key steps.

Pre-production
The first stage of production of animated films, as well as one of the most important, is pre-production. It begins with the basic concepts that are initially embodied in the form of a finished story, and then, when the story is already brought to its final form, work begins on the other components of the film, such as a script, scenes, selection of views from cameras, etc.

One of the main components of the preparatory stage for the production of animated films is a storyboard, layouts, model sheets, or model sheets, and animatics (rough animations, storyboards in motion).

Storyboard
The storyboard helps to finally determine the development of the storyline and is considered an important stage in the animation process. It is made in the form of a comic book and is used to clearly present the animation and intelligibly convey its ideas to colleagues. 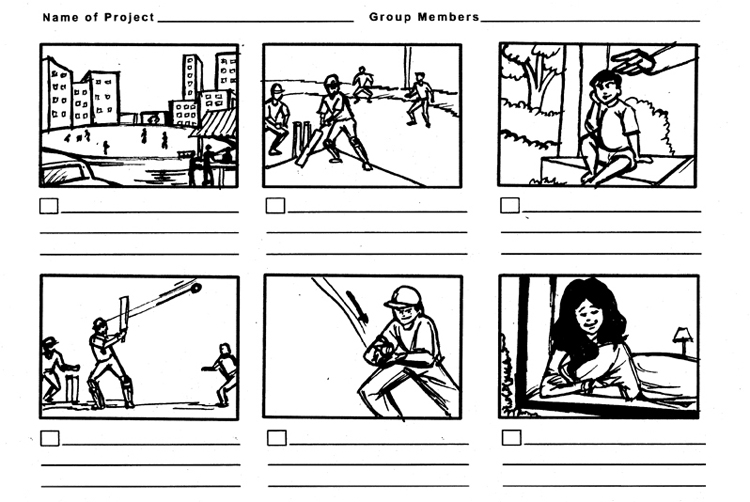 It clarifies the features of the scene and changes in the animation, often accompanied by text notes describing the events taking place in the scene, for example, camera movement.

The storyboard is extremely useful not only when a group of people is working on an animation project (which is quite common in the animation industry), but it also serves as a means to visually remind the original plan; it can be accessed throughout the entire production process.

Design schemes in the form of sketches (Layouts)
After the storyboard is approved, it is sent to the disposal of the department dealing with design schemes (layouts), which then works in close collaboration with the director – locations and costumes are developed with him. Further, when everything is done, the stage of organizing scenes begins, showing the positions of various characters throughout the sequence of each frame.

Model sheets
Model sheets are groups of detailed images drawn with great accuracy, showing all the possible expressions (faces, eyes, etc.) that a character can make, and all the many different poses that he can take. These sheets are created to ensure accuracy in the details of the character and to ensure that different animators in the 3D animation video company, each working with their own part of the animation frames, have the opportunity to save the structure of the character in a uniform way.

At this stage, the design and structure of the characters is brought to a final look, so that by the time the film is directly produced, all the necessary supporting drawings (blueprints) will be sent to the 3D modeling department responsible for creating the final character models.

Layout
Using low-poly models or blocks of geometry instead of realistic decorations and characters, the layout artist is responsible for composing the frame and providing the animators with rough animation as a guide. They are making a 3D version of what storyboard painters painted on paper earlier.

At this stage, the director approves the movement of the camera, the depth of field and the construction of the models that make up the virtual film set and scenery. It is after this that, at the final stage of prototyping, all responsibility for reconstructing the approved scenery, props and character models will rest with the 3D modeling department.

Modeling
3D modelers are usually distributed in two or more departments. While organic modelers very often relate to the work of the sculptor and specialize in creating characters and other surfaces of arbitrary shape, hard surface modelers often tend to gain knowledge of architecture or industrial design, and in this regard are engaged in modeling vehicles. weapons, requisites and buildings.
Working in close collaboration with the film’s production artists and those responsible for visual effects and animation, the modelers turn two-dimensional artistic design and old-fashioned mock-ups into highly detailed 3D models with carefully verified topologies.

Then they assist the technical animators and envelopers, to whom the model will be further developed for refinement – they, in turn, add a skeleton to it and adjust the skin shell. After that, the model can be handed back to the modeler, who will continue to work on sculpting facial expressions and any specific forms of intense muscle conditions, if necessary.
After the model is approved, it is made available to rigging and texturing specialists who complete the final stages of preparing the model for animation and rendering.

If you are lucky, the model will move further along the production pipeline without returning to correct modeling errors, although a certain number of corrections cannot be avoided – problems with the models sometimes do not arise before the start of the rendering stage, in this case, the person involved in the production of light will send the model back for revision. 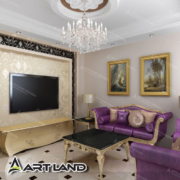