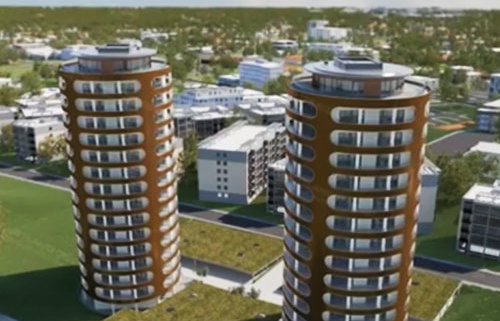 2D graphics was used until the appearance of three-dimensional images in feature films, cartoons, computer games, television consoles until the beginning of the 90s. It was based on two coordinate axes – X and Y – latitude and height, which could be expressed in centimeters, meters, inches, etc.

When they began to create special effects in films and games, they began to use another axis – Z which served for the depth. A. Sutherland invented and developed the first 3D modeling software.

Sketchpad was the first program for three-dimensional modeling of simple objects, such as cubes or prisms, available for a personal computer. Although the computer was too expensive and inaccessible to the average person in the 70s, the first software for 3D modeling appeared, which led to a revolution among artists and architects.

Creating simple three-dimensional shapes, he created a teapot – Utah teapot is now the symbol of rendering. Almost all 3D rendering programs have an icon for starting the rendering process, which looks like an image of Newell’s teapot.

Later, three-dimensional graphics began to be used in animation. With the development of the Internet, it has embraced not only games and cinematography but also web resources.

Today, to create three-dimensional images, it is not necessary to have unlimited talent – it’s quite good to master one of the programs for creating 3D graphics.

Thanks to the development of software, even a beginner in this business can make a video clip or some three-dimensional picture on his own.

Architectural Graphics and animation are related concepts. It is good that science is developing, and new unique solutions appear that allow creating reliable, aesthetic and durable structures of any type.

Architectural graphics and animation, in other words, visualization, allow to graphically display an object in architecture. The way in which and how informative the image is allowed to best imagine what the future building or structure will be.

Architectural visualization has become a special area in the work of architects and 3D designers.

Because visualization is the best way to communicate between architects and clients, it has evolved over the millennia. Parietal art, known as cave art, is proof that visual communication lasts forever.

History of art and architecture

The Egyptians, Greeks, and Romans were the first civilizations to show their creativity using textures and materials. Many years later, we still communicate with them through the surviving remnants of their visualization – architecture. The remains of the first promising drawings also come from this period.

From the history of art and architecture, we see that many artists used the perspective with fading points to express space, textures, lighting, and materials.

It would be unfair mentioning art history and perspectives without focusing on the pioneer of visualization – Da Vinci. Da Vinci drew 3D models of several innovations, including an aircraft, a convex lens grinder, and a hydraulic machine.

These were the first drawings for construction with promising drawings from which the mentioned machines were subsequently made.

Currently, architectural animation and graphics should be not only a source of information about the object but also carry value in an artistic sense.

That is, it is necessary that the final image in the most competent way “feed” the architectural parts of the future building or structure. Any building that is currently being created should be created according to special standards.

A special technique, such as computers, is involved in the creation. As a result, the final drawing of the future building is presented in animated form, in the form of a 3D model.

Of course, there is an old, proven way, such as manual graphics. In this case, the images are created using descriptive geometry. However, further processing with the help of computers is possible.

3D animation was more appealing than classic rendering, but some architects and artists noted the importance of 3D rendering. During the 80s, 3D visualization programs became more affordable.

Although Tom Hudson created the THUD 3D modeling application in the late eighties, Autodesk launched the first 3D studio under DOS in 1990. Based on five modules – shaper, loftier, editor, material editor and key selection, Hudson and Dan Silva released the first Autodesk 3Ds Max. At the same time, Autodesk acted only as a publisher, and the rights to the software package were purchased only in 2001.

The first version was convenient for drawing spline lines, loft surfaces, geometric primitives and basic mesh editing, which is also a fundamental feature of the latest version of Autodesk 3Ds Max.

All inventions that have been available for thousands of years are still useful and fundamental to the study of three-dimensional visualization programs for various industries.

In contrast, modern visualization software is much faster and more powerful. Based on our knowledge, 3D software developers created powerful and useful features and gave us the best modeling software.

Considering the whole situation from this point of view, we can assume that each development step took place for a specific reason.

The latest visualization tools and gadgets have provided an even better user experience. Fifty years ago, when the first 3D modeling software appeared, no one could say that it would turn into something as big and impressive as it is now. The main goal of technological development is user satisfaction.