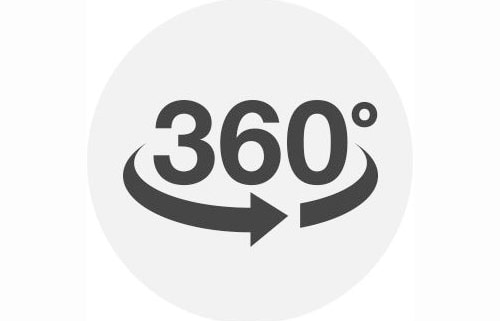 If you plan to develop and promote a site on landscape design, tourism, construction, a resource for the sale of real estate, as well as other projects, then you need a high-quality 3D panorama of 360 degrees, which will be an excellent marketing tool for your project.

Virtual tour or 360-degree panorama today is a high-quality and popular method of promoting sites of various types. It allows increasing the factors of resources, the volume of orders, stably develop projects through improved loyalty, customer confidence.

Virtual reality allows transferring the viewer to places in which an ordinary person is unlikely to ever reach. It could be the top of Everest or the side of a spaceship. Similar videos in 360-degree format can attract a wide audience.

The tour made by 3D graphics specialists is an interactive virtual panorama providing the effect of visualizing objects.

Such a product is a combination of several frames made in good modern quality, which are competently assembled through graphics, software.

In comparison with ordinary photographs, such a tool allows you to demonstrate objects, the space around the “beholder”, the person who visited the site, the buyer.

He can bring the necessary objects closer in different planes, adjust the viewing angle of real estate, interior, landscape.

High-quality 360 panorama is necessary for marketing campaigns, placement in online stores, websites of agencies, enterprises for the organization of landscape design, construction and more.

Content allows you to improve the relevance of the resource, the loyalty of customers, clients, as it provides the ability to fully view objects, structures.

There are several types of 360 panoramas that are regulated by parameters, project requirements, features of fixed products, buildings.

The potential of such videos is practically inexhaustible, especially in the areas of leisure, entertainment and travel.

In the near future, 360 panoramas can offer users a brand new viewing experience and the ability to travel to remote places without leaving the house.

Most often, 360° videos are used as a more impressive way to talk about familiar things: make an event report, conduct a tour of the museum, show the product in detail and with a lot of details.

However, some brands come up with truly original concepts for panoramic videos. For example, the 360° video with supermodel Gigi Hadid in the lead role dedicated to the launch of the BMW M2 coupe became the basis of the Eyes on Gigi campaign.

The video was shot from one take at the airfield in the Mojave Desert under the direction of the Oscar-winning cameraman Mauro Fiore.

The potential of panoramic videos is huge, but working with them will require a completely new approach to video production.

360° videos allow viewers to be active participants in the process, while the audience experience of each of them will be unique.

Thus, the creators of panoramic videos should not think about building individual frames, but rather focus on creating a full-fledged virtual world.

Now the content creators are faced with the task of creating a new visual language that is adequate for this type of video. The solution to this problem will take time, but in the end, the return on such content will be much higher.

Users will no longer feel like spectators, but direct participants in the action and the degree of their involvement will be much greater. Messages transmitted through panoramic videos become more meaningful to the viewer.

A bit of history

The term “virtual reality” appeared in 1989 with the filing of the scientist and futurologist Jaron Lanier, and became widespread after the release of the cult film “The Matrix” in 1992.

The first implementation of virtual reality – “Aspen Movie Map” – appeared even earlier than the term itself. This computer program, created in 1977 at the Massachusetts Institute of Technology, simulated a walk through the city of Aspen, based on real photos. 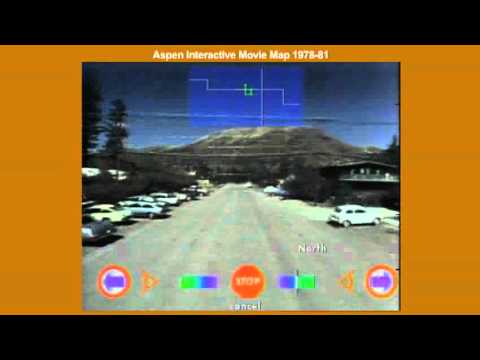 Nevertheless, until the moment when virtual reality became part of the daily reality of Internet users, it was still far away. This happened on March 2015, when YouTube launched the ability to view and post 360° video on its platforms.

From this moment, a real boom in panoramic videos began – content producers actively participated in the creation of 360° videos, and technology companies invested in creating VR platforms and devices for working with them.

Since March 2015, 360° video has been mastered by both video bloggers and video production studios, as well as commercial brands.

Panoramic cameras that can shoot 360-degree video have not yet appeared in every home: the price is scaring. Nokia, Samsung, LG, Nikon and many other vendors already have their gadgets, but the cost of devices starts from a sky-high figure.

However, there are companies that are trying to make panoramic video equipment available to the mass user.

So, start-upers from China launched a fundraiser for the Insta360 Air project, a removable camcorder for Android smartphones.

The growing worldwide popularity of virtual reality headsets has provided a new direction in television journalism.

Support for the 360-degree panoramic video was announced not only by the largest social networks but also by the leading television channels of the world.

At the end of last year, several television channels and media companies announced the launch of new projects to support the 360-degree format.

Video with a circular review becomes a powerful tool in the hands of a reporter, broadcasting from the scene. Panoramic videos are suitable for urgent reporting: for example, from the scene, when the viewer wants to consider all the details around the epicenter of the event.

Many musicians have taken the trend and filmed their videos with a round-robin review, for example, R’n’B-singer Rihanna, popular DJs Avicii and Robin Schulz.

The new format was adopted by advertisers and marketers. According to the representative of the Immersv VR platform for VR advertising, promotional videos with virtual reality elements outperform conventional advertising in popularity. Such videos are watched to the end with a probability of 80% versus 1% that of traditional videos.

What is 3D character animation
Scroll to top