Blog
You are here: Home / Blog / 3D animation / 3D product animation / Everything you wanted to know about 3D Product Animation 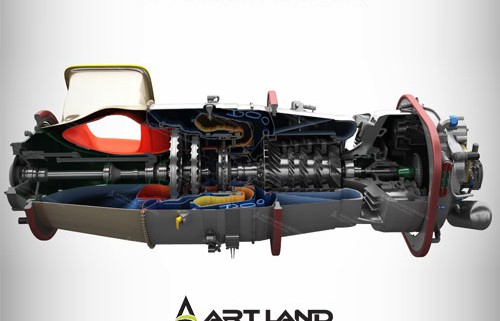 If in short, Animation is the effect of a sequential multimedia endowment of an image with motor functions and the art of creating animation. The picture starts to turn into animation at a frame rate of more than 16/sec. From the moment the simplest animation appeared, a wide variety of types and styles was invented. Consider the 5 main types.

Traditional animation, sometimes called Cel animation, is one of the old forms of animation. In it:

The simplest example of such an animation is the old Disney cartoons.

How is traditional animation created?

Modern animators can opt-out of drawing characters and frames by hand. Instead, they use computers, tablets, special pens. “The mind that opens to a new idea never returns to its original size” – these are the words of Albert Einstein and they best describe the evolution of animation through time.

3D animation is very similar in principle to the work of traditional animators when the main artist paints the key poses of the character, and his subordinate artists fill intermediate frames, drawing the proper transformation of the figure. The difference is that the role of a man is already performed by the computer (or rather, the corresponding algorithms in the program editor).

It is enough for the animator to fix several key positions of the figure, the interpolation will take place automatically.

Stop motion (puppet animation) is a technology for animating photos taken on an ordinary camera. Roughly speaking, this is the creation of video-based on frame-by-frame photographing. The scene is shot, then minor changes are made to it, and it is shot again.

Thus, the effect of movement is achieved, which is grouped and mounted on a computer. In other words, stop motion is stopping an object after a captured frame and moving it sequentially to shoot a new photo and a new movement. When playing back photos taken one by one, an illusion of movement is created.

The process of creating animation in the stop motion format is long since each object must be carefully moved millimeter by millimeter. Each captured frame simply must create a smooth sequence of movements of the object. This technique is similar to traditional animation, but instead of drawings, the animator uses real materials.

It is applied for:

Skills for creating motion do not require the obligatory knowledge of body mechanics or actions, but they have some common features with other types of animation.

For the motion designer, it is important to have an understanding of the composition, angles and to be able to track key camera movements. Today, motion is especially popular in commercials, news shows, sports events, and online video.

GIF (with a file extension .gif) is an image file format that is animated by combining several other images or frames into one. Unlike JPEG (.jpg), GIF typically uses a compression algorithm called LZW encoding, which does not degrade image quality and makes it easy to store a file in bytes.

If you have not heard of cinematography, then 100% have come across it on the Internet. Cinematography is “live-image”, but more complex than animated GIFs (in well-made cinematography, there is no visible junction between the beginning and the end). In other words, it is an elegant combination of statics and dynamics. The highlight of cinema is that in such pictures there is one, a coordinated and focused movement that paints a picture or tells a story. Where is Cinematography used?

The cinematography works well in advertising, it instantly attracts attention and collects many transitions to the site. For Instagram, you need to export the blue in video format. The video must be at least 3 seconds. Scrolling through the tape will trigger auto-start and Instagram will automatically loop the video. For Facebook, you also need it to export into a video.

If you want to make live photos of goods in your store. 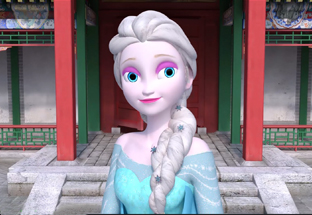 Anime is a sweeping distinction between Japanese cartoons. In fact, the anime is a fantastic world, which includes characters with big eyes, disheveled hairstyles and unusual fashion sense. Anime today is a thriving industry in Japan that includes such genres as:

… and many others, all this for different target audiences.

Usage of 3D Product Animation in the modern world

The creation of animation in our time is gaining increasing popularity since a good 3D animation can be an excellent business card for a company or brand. Especially video in 3D is in demand, as it turns out the more realistic picture and the viewer is immersed in the video.

The best design studios worldwide are engaged in the creation of three-dimensional graphics and animation for advertising. Production of demonstration video for real estate, cars, interiors, any designs, and products; image corporate video; creating animated videos for promotional or educational purposes.