Image design can be a tricky illustration that theoretically any artist can handle.

Although many of the classic characters familiar to us from cartoons, films and commercials look simple, 3D character design is a process consisting of a large number of stages, the names of most of them are the sphere of understanding of developers.
The process of 3D game character design creating has several features. 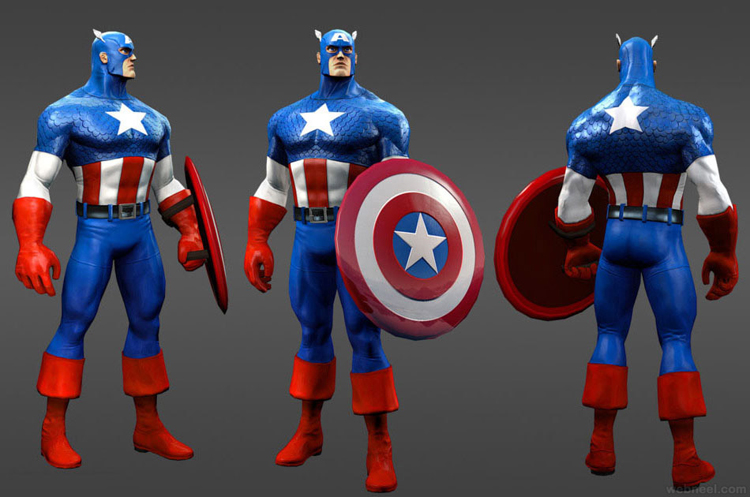 Conducting research
To start 3D modeling for games without a preliminary analysis of the niche and target audience is the same as searching for something with your eyes closed: the character will not be apprehended properly, accordingly, the audience’s interest will be lost and the company will lose money. Work from memory, using only the imagination of the artist is fine, but only will it be interesting to other users?

Understanding who the corporate character is aimed at should be one of the first steps in the design process. First of all, you need to think about the audience. For example, characters who need to act on young children are usually created based on simple shapes and vibrant colors.

Exaggeration
Exaggerated functions help highlight the key qualities of the character. Exaggeration is key in cartoons and helps to emphasize certain character traits. If the hero of the game is strong, then he should not just be pumped up, but beefed out.

Color matching
Colors can help convey the character of the personage. Dark cool colors Symbolize bad-intentioned villains. Light colors are used to portray positive images that are innocent, kind and pure (at least in comparison with villains). 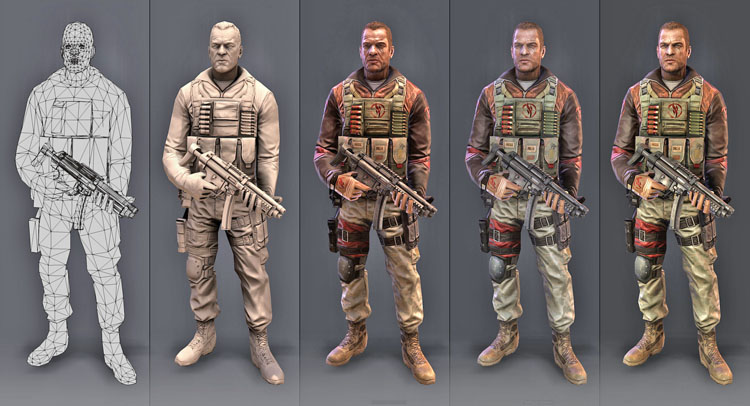 Features of the image
Nuances in clothing can help emphasize the character traits of the image. For example, sloppy clothes can be used for poor characters, and a large number of weapons for warlike ones. The character of the hero should not be particularly pleasant, but it should be interesting (if the characters are not intentionally boring). Facial expression is the key to the character’s personality. It shows a range of emotions that can be muffled and screaming, explosive and wildly exaggerated.

Background
Background is an optional element. Although, if, for example, the hero has a noticeable scar on half a face, then it’s worth writing a sentimental story of his appearance.Background is needed if there is the possibility of using the character in comics or when creating animations. Sometimes the hero’s past may be more interesting than adventure.

Experiment
To experiment without paying all the rules and advice about planning and developing the character’s appearance is another way to achieve uniqueness and originality in the image. A rebellion against what is familiar will create unexpected and exciting results.

Many amazing characters were successfully developed many years ago, when not everyone had personal computers, and Photoshop was just a fantasy.

Development of 3D game character design is an exciting creative process, the cost of which you will find out by contacting our managers.

In RPG, each hero plays a role, has a special character and appearance. Negative characters smell bad, saliva during a conversation, have speech or personality defects.

Positive heroes, on the contrary, are sexy, beautiful, they are almost perfect, like Blaskowitz from Wolfenstein. Of course, in the world of 3D animation there are exceptions, but over the years, certain patterns inherent in the characters have formed in the gaming industry. 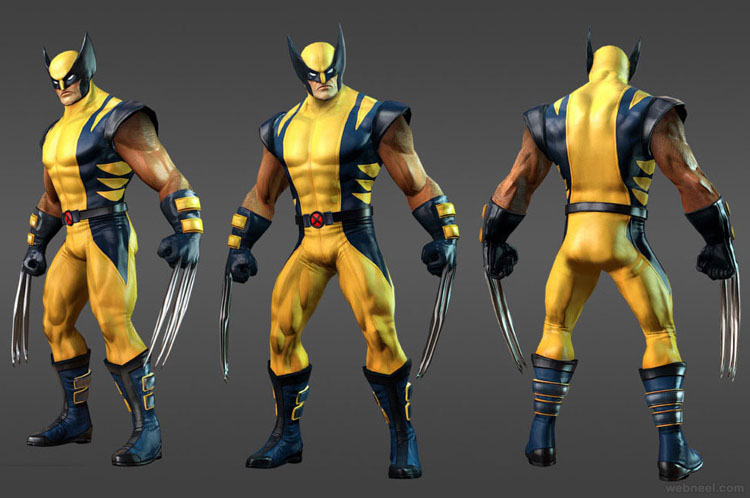 Cool
There are varying degrees of coolness. This member of the team may never feel threatened by impending doom, but they appear at the right time, solving a particular crisis with hardly exerting pressure and acting as if it is very easy and simple to solve.

Noble
Whether in the midst of battle or in an intimate conversation around a fire, the Noble always exudes a sense of importance. Their clothes are the latest in virtual fashion.

They do everything with a sense of pride (maybe even arrogance). Some are friendly, others seem cold and distant. But Noble heroes are guided by their own motivation – a personal goal that they hope to achieve on the path to helping you defeat evil once and for all.

This goal may be to correct a personal mistake made by them, the consequences of which (in the form of guilt, for example) have plagued them for many years.

Tender giant
Size does not matter, because growth will not make a villain out of a verzil, and an angel out of a dwarf. Tender giants are underestimated, and he wants world peace and prefers a simple life over the bloodshed inherent in most RPG adventures.

Therefore, many giants are cruel, they are trying to veil the soft side.

Bully
Bullying, cruel jokes and not quite correct vocabulary are the normal way of communication for such a character. They owe nothing to anyone! But well, so be it, they will help you, a miserable little man (or what kind of character you are).

Like cool characters, you can count on bully ones in battle, but you need to remember that they “know everything perfectly and are better than you”. In fact, they are good-natured and interesting heroes.

Merciful
They will gladly sacrifice their well-being if it saves someone. Compassionate heroes are often the heirs of great genera or they are burdened with great supernatural power, but they use this power in attempts to help others.

They are the voice of reason and sympathy when other members of the team lack patience and they become aggressive. Charity is the main trait of Agnes from Bravely Default.

Charming
In the game, such heroes can really be fun, optimistic and charming images around the clock attitude all night and day. But under the pretty appearance an experienced fighterhides. 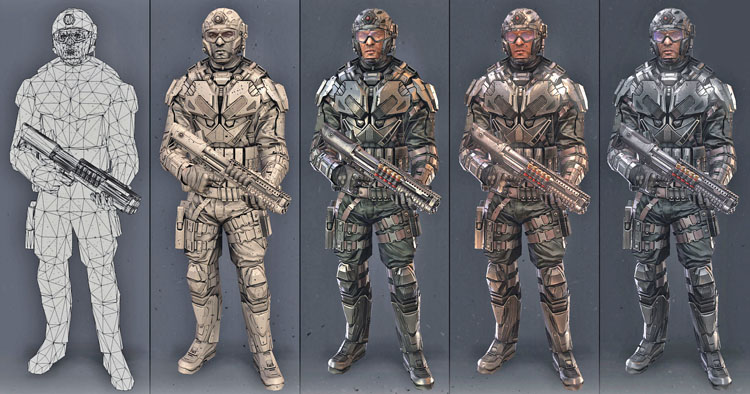 Mercenary or Gun for Fire
Greed is the main motivation that drives them, but in the course of the game it turns out that they have a golden heart.

If you would like to order development of a 3D game character design for the game – call and write. ArtLand specialists will help you.