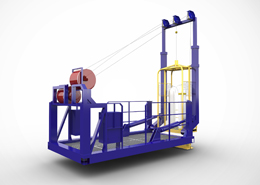 Cinema is not only shooting of living people but also animation.  The principle of the animation is based on the use of optical illusion. Seeing the interchangeable sequence of still images at high speed, the viewer interprets them as a continuous moving image. This is the same principle that allows you to shoot live-action.

The constancy of vision works, because the human eye and the brain can process from 10 to 12 individual images per second, keeping the image in the brain for up to one-fifteenth second. If the subsequent image replaces it over this period of time, it will create the illusion of continuity.

The use of animated techniques for creating moving images precedes traditional cinema.

People do not want to delve into something for a long time – they are waiting for the informative pressing in the most accessible form. They want to quickly understand how to make a purchase, how to use the product, why this or that function is needed, why and how prices are rising. The task of the brand is to help consumers, all explaining and decomposing on the shelves.

You can make a five-minute video with an expert or a representative of the brand, who will tell everything seriously and thoroughly.

But traditional videos shot on camera have several flaws.

Firstly, if you make these videos without any special investments, the result is unlikely to be outstanding and will not differ from a million similar videos.

Secondly, an expert in the frame may seem unpleasant to someone (for example, remind an unloved boss or an ex-girlfriend) – this is a human factor, it’s difficult to predict and get around it.

If instead of a video with a white background and an expert to make an explanatory cartoon, you will simultaneously become more noticeable among competitors (the animation share in the content stream is less than that of the video) and use fictional characters that do not risk causing negative associations.

A huge plus of animation is that it helps to translate literally any idea. Animation gives more possibilities than traditional videos – the flight of fantasy is not limited to anything.

Just draw it all. You can tell not only about how exactly the service works or how to construct a building – go a little further. For example, break down productivity methods or expand life hacking on product use in unusual ways.

Attracting, engaging and retaining an audience is an important task for brands, but only for one purpose.

Sales From time to time, brands prefer not to beat around the bush, but directly and openly dedicate a new motion graphics to a new product.

As a rule, in such cartoons, brands either show what a new product consists of or fit it into funny circumstances. Sometimes motion graphics are combined with regular video.

This combination saves the budget (after all, making a couple of shots per camera is cheaper than drawing), and adds realism to the roller.

People come to the Internet not only for the benefit but also for the entertainment.

According to statistics, most often YouTube is opened to find videos with practical advice and see something funny.

Most often, entertainment content is understood as something humorous, but it is quite possible to make a fascinating cartoon about the history of the brand or its customers.

Attracting attention and engaging the audience, content with 3D animation helps spread the brand’s philosophy and culture. Even if the video is strictly about the product or about the next holiday, it still carries the brand style.

To conclude, it must be said that motion graphics attract attention in the feed of social networks – this content is not as much as photos or traditional videos.

At the same time, it is really more difficult to create it, because you cannot do without special skills.

To reduce the budget and time for the production of such commercials, we recommend:
Combine animation with recorded videos.

Draw short animated inserts or select the desired style in Cello, edit them and edit them with regular video.

Together with the designer, prepare some sample video with motion graphics that you can use over and over again, changing a couple of elements or color. Or pick up a few pre-made templates and customize for your needs.